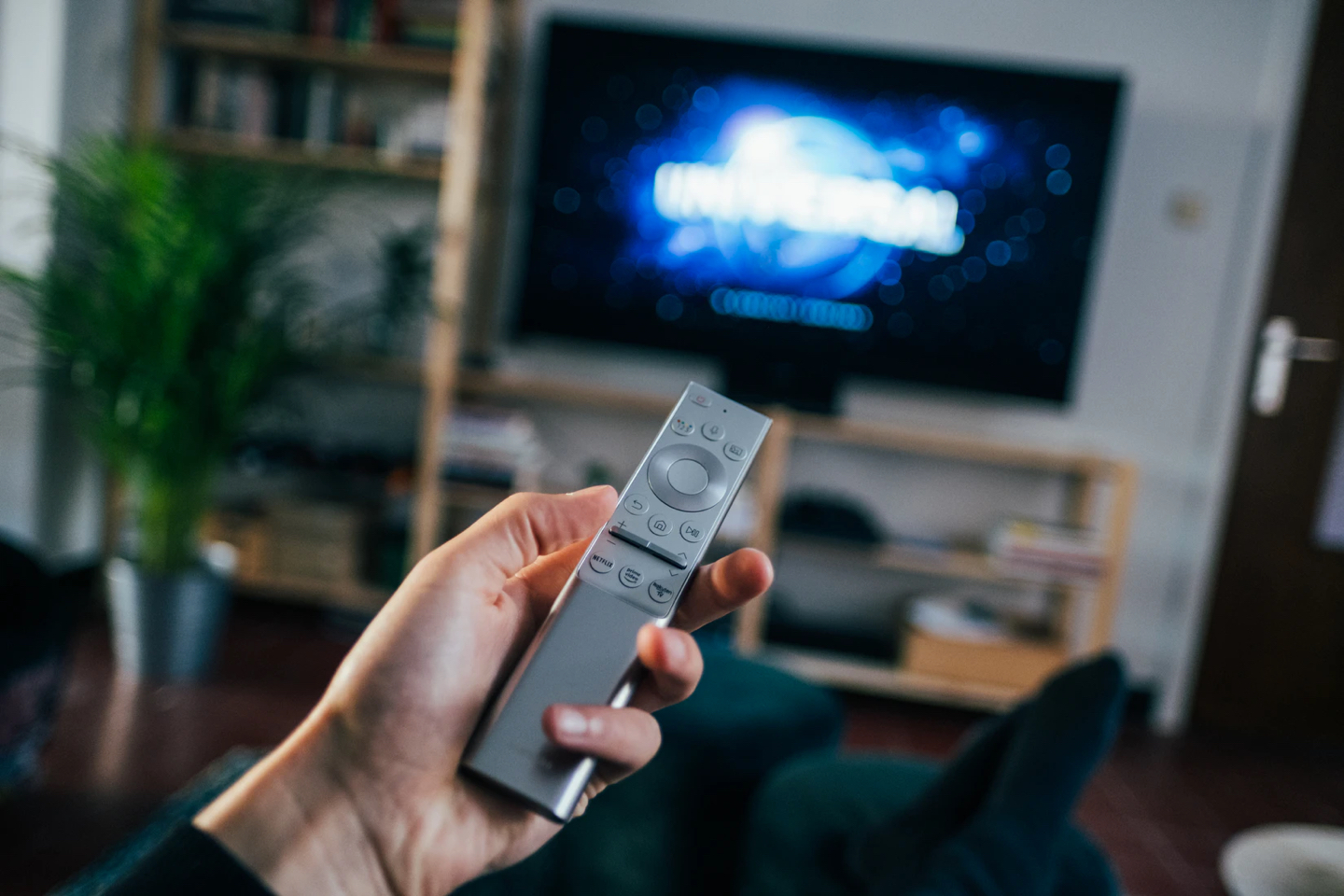 The history of Japanese television began in the 1920s, with Kenjiro Takayanagi's pioneering experiments in electronic television. Broadcasting started in the 1930s, but stopped due to World War II, that’s why regular television broadcasting began in 1950. Japan was a pioneer for HDTV and developed the first HDTV systems in the 1960s! 99.5% of Japanese households having at least one television set and have to pay an annual subscription fee to fund NHK, the Japanese public service broadcaster. The fee reaches from ¥14,910 to ¥28,080 depending on the method and timing of payment and on whether you receive only terrestrial television or also satellite broadcasts. In any case, there is no authority that impose sanctions if there is no payment. People may (and many do) throw away the bills without any consequence.

In Japan, there are seven nationwide networks for terrestrial television, while two of them are owned by the national public broadcaster NHK, and five are private networks. These are

The largest cable television provider are J:COM and Japan Cablenet, who compete with the Japanese satellite television platforms SKY PerfecTV! and WOWOW.

It is well known that Japan is doing its own thing in several areas. Television is no exception and they are quite consequent with it. It starts with the remote control. While the majority of mankind is familiar with the decimal system, you can find 12 buttons with numbers on Japanese remotes. If you think it’s because of 12 TV channels, you are wrong, because not every spot is reserved. Depending on the region, the channels can be on 1, 3, 4, 5, 7, 8, 10, and 12, or 1, 2, 4, 6, 8 and 10. So have fun with finding out! ;)

If you have the pleasure of experiencing Japanese TV, you will probably see one thing a lot: commercials! If it comes to commercials, Japan follows a rather American model, means short but a countless amount of advertisement. The good side is that Japanese TV commercials are well known for its entertaining character, so sometimes are more interesting to watch than the actual program. You can even find hours of Japanese commercials on YouTube.

Probably the most know famous export of Japanese entertainment manufacture is Anime (アニメ), Japanese animation. Anime series like Pokemon, Dragon Ball, Naruto or One Piece have loyal viewers all over the world. Most of the popular series air during the daytime and evening, but a lot of them are showed only after 12.00am. The reason for that is that profits are mainly achieved through DVD and merchandising sales, rather than TV broadcasting.

The main part in Japanese TV is about food and recreation. There will be no day where you cannot find a long detailed show about food. Delicacies of different regions of Japan are introduced, rooms and hotels are showed, or they recommend Onsen and Resorts for relaxation. When Japanese people return from travel, the first question from friends and family isn’t “did you see these or that?”, instead they would ask “did you eat these or that?”. And for understanding a majority of these food programs, you don’t need to know a lot of vocabulary. Actually one word is enough to cover most of the content: Oishii!! (おいしい). This might be the most used adjective of Japanese language and means “delicious”.

Japanese variety shows (バラエティ番組 / baraeti bangumi) are the other main part. They vary from talk shows, music shows, news shows to skit comedy. Some Japanese variety shows achieved worldwide attention for their wild stunts. One of the most popular variety show in Japan includes Downtown no Gaki no Tsukai ya Arahende!! (ダウンタウンのガキの使いやあらへんで!! Dauntaun no Gaki no Tsukai ya Arahende!!, lit. "Downtown's This Is No Task for Kids!"). In Japanese variety shows, mostly a rotating cast of TV personalities and celebrities take part in discussions about real topics of the day. Talking about one’s favorite TV personalities is a real ice-breaker in Japan. These celebrities chat and share anecdotes about various topics like emotional stories about family reconciliation, first loves, travel, and the most popular topic, we think you already know the answer: Food!. Their chats are commonly accompanied with short documentaries and dramatizations, in which the viewer can watch each celebrity’s emotional reaction through a “picture in picture” square at the side of the screen.

Sportscast is another huge sector, especially baseball attracts everyday millions of viewers. Also if we might think about karate, judo or jiu jitsu when we hear Japanese sports, after baseball the most popular sports in Japan are soccer, golf, sumo, and Olympic Games.

Movies can be seen at the prime-time, in Japan this means after 9pm. Quite often you can also see foreign movies with Japanese subtitles. But movies on Sundays and on national holidays are rare. This is actually pretty reasonable, cause you shouldn’t spend your whole free time in front of the TV.

Another TV format you can see in the evening are Japanese dramas (ドラマ / dorama). A variety of drama series including romance, comedy, detective stories, horror, and many others are produced by all major TV networks in Japan. Most of the evening dramas air weekly and are usually nine to twelve episodes long. If the show was a success, there will be sometimes made a special after the final episode. One famous drama for example was Kaseifu no Mita (家政婦のミタ, I am Mita, Your Housekeeper). Dramas which are broadcasted in the morning are called “asadora” (朝ドラ) and are shown every day for several months. The 2015 morning drama “Mare” (まれ), was one of the most viewed TV program in Japan.

Tip: If you want to get insight of the world of Japanese television, you can watch episodes from most of the mentioned variety shows and dramas for free and sometimes even with English subtitles on video platforms like YouTube. Furthermore, you can find a live stream of Japanese version of the shopping channel QVC for free on YouTube as well. It might be not the most thrilling and entertaining program, but it’s a good chance to listen to real spoken Japanese and thus can be helpful for your language study. While describing their products, it’s a great source of useful vocabularies and slower editing pace, as opposed to conventional programming, it is much easier to follow.

For sure, TV isn’t always the best way to spend your free time. But if you watch foreign TV, you can learn a lot about the country and its residents. And it’s a good way to immerse yourself with Japanese and learn the language. One good thing is, that important statements are mostly displayed via subtitles. This is very handy for Japanese learners. Japanese TV can be entertaining and informative, if consumed in a healthy dosis. Otherwise you have to think about food all the time. 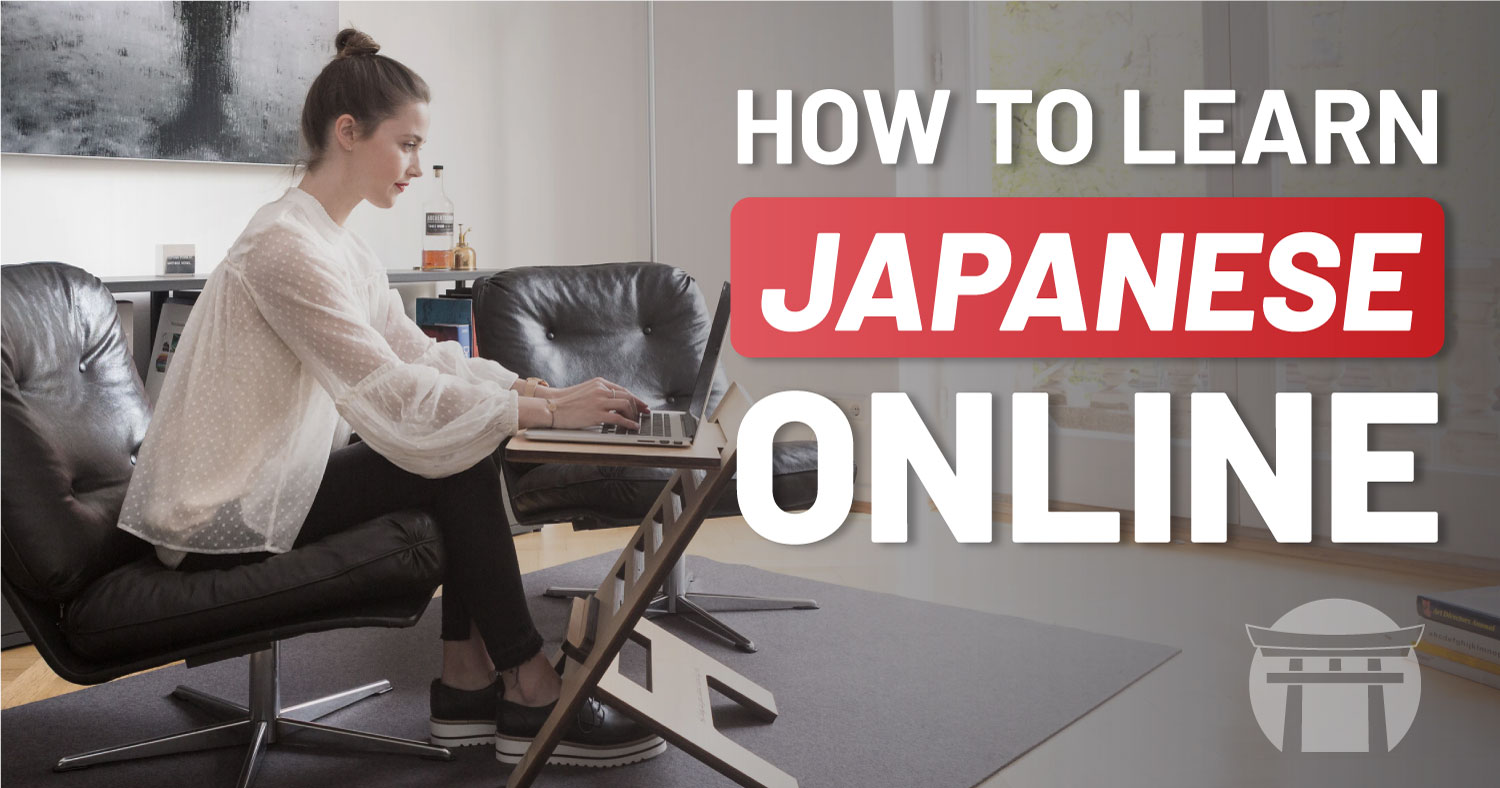 How to Learn Japanese Online: Reach Fluency at home!

Why not make good use of those extra hours and level up your Japanese skills with the help of technology? 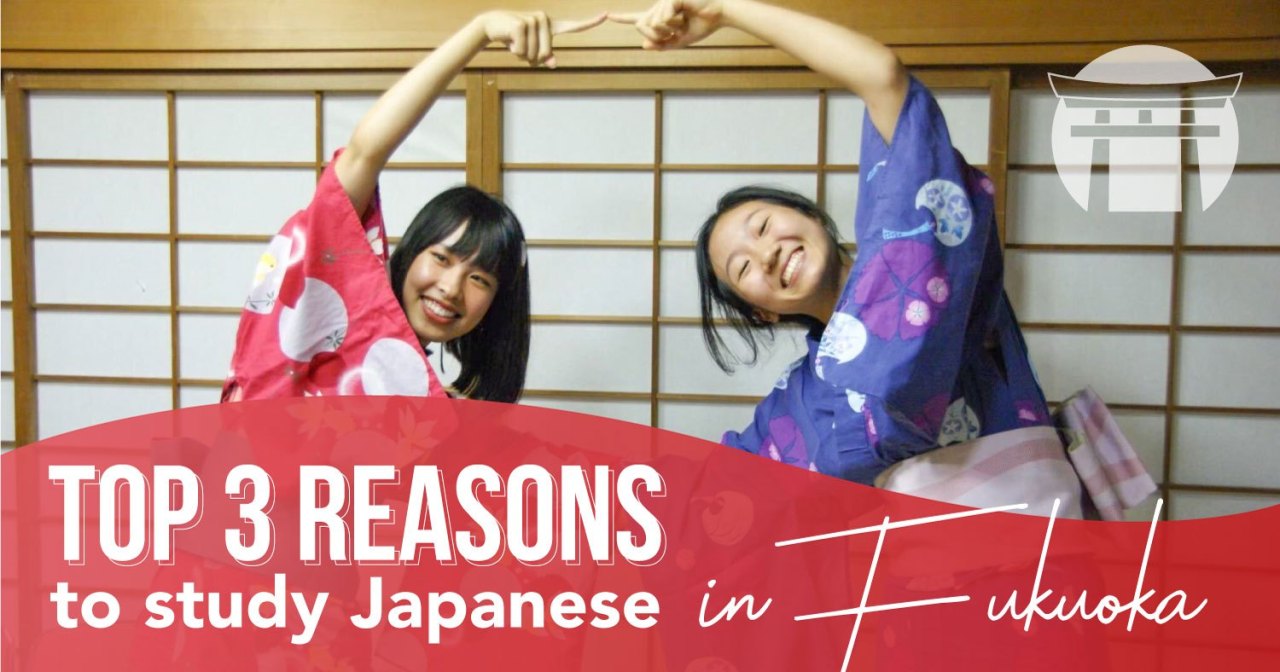 Listen, we know how you feel. You’ve been researching day and night trying to find the perfect city for studying abroad in Japan 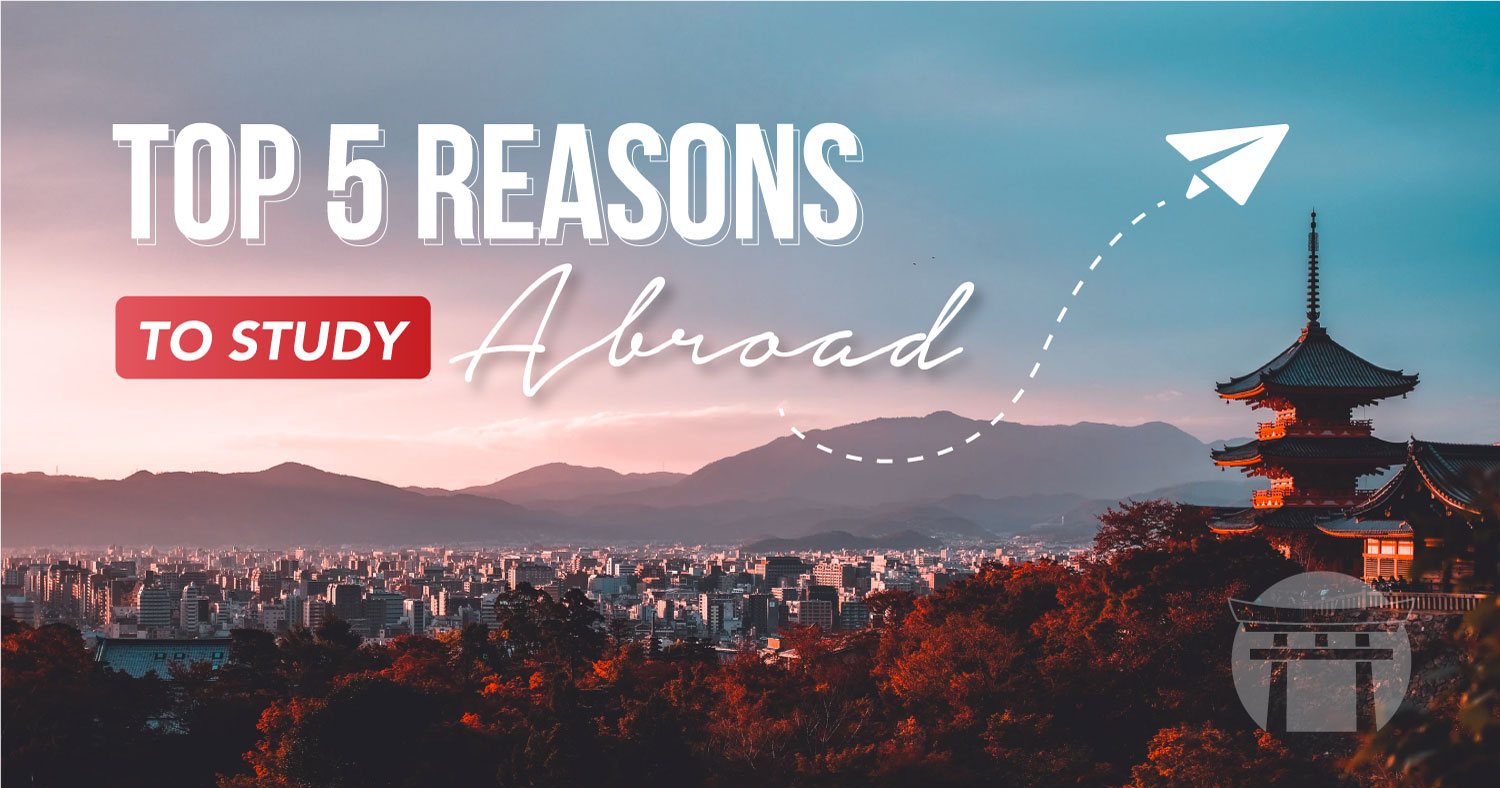 In a world where studying abroad is getting more and more common, what should you expect from such an extraordinary experience? 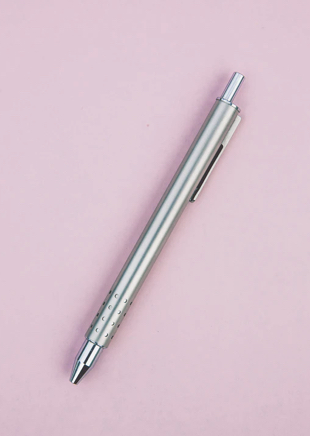 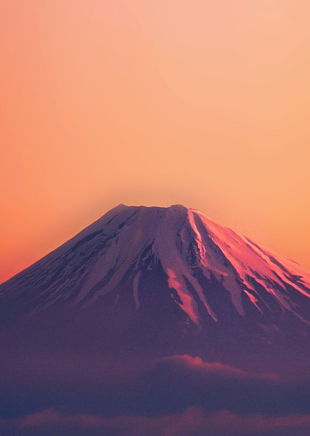 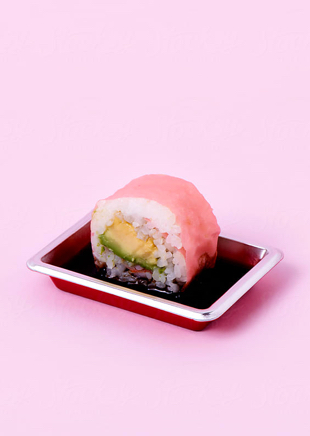 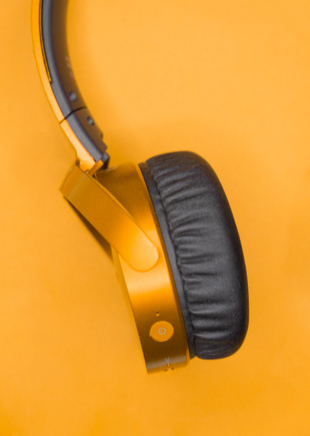 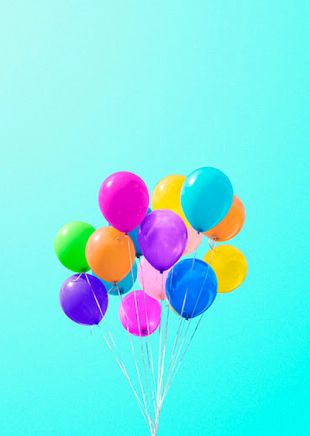 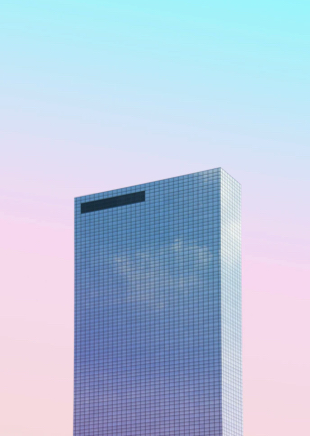 YOUR GATEWAY TO JAPAN

Are you ready to come to Japan and embark on your adventure? Do you have any questions? Get in touch with us and receive a free estimate!
Apply Now